One of the key success factors in any gene modulation experiment (RNAi, overexpression, gene editing) is the introduction of RNA and/or DNA components into your cell line or in vivo system. When applying lipid-based transfection reagents, there are three general measures of an effective transfection reagent:

Inquire for pricing on larger volumes

Choose from positive control siRNAs or our novel transfection indicators

The table below lists transfection recommendations to help you select the appropriate DharmaFECT formulation for your research. You can also download a PDF version of the DharmaFECT Cell Type Guide here.

All experimental conditions resulted in cell viability and positive control gene silencing of 80% or better.All experiments were done in 96-well plates with Non-targeting control siRNA and PPIB (Cyclophilin B) or GAPD Control pools at 25 nM; Alamar Blue (viability) and knockdown measured at 24 hours.Data normalized to untransfected for viability and both untransfected and Non-targeting control for knockdown.Transfection conditions should always be re-evaluated in the context of a new plate format or assay-specific requirements for cell density. 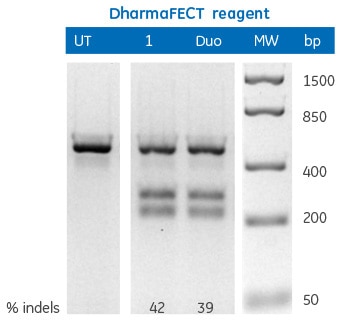 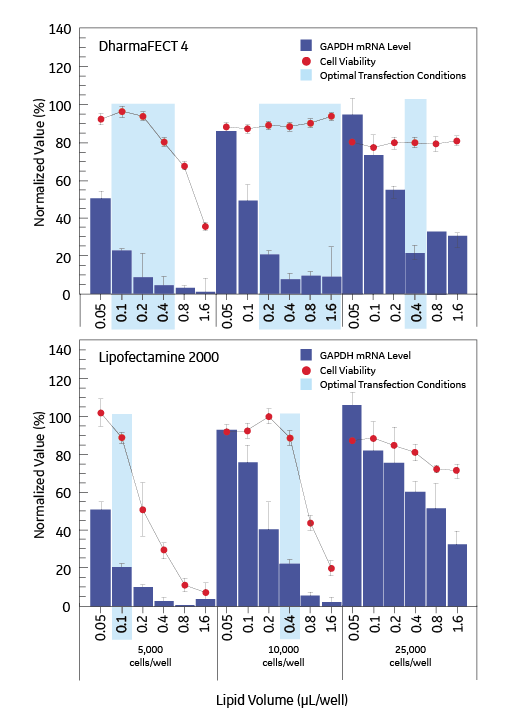 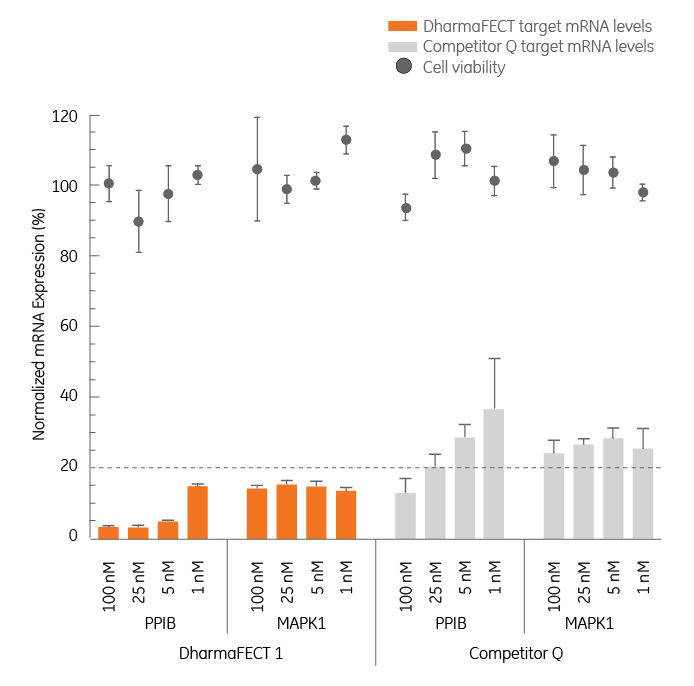 To determine transfection efficiencies at low siRNA concentrations, two genes were targeted with various amounts of SMARTpool siRNA reagent. DharmaFECT achieved > 80% silencing at all siRNA concentrations, while HiPerFect (Qiagen) only achieved this level with PPIB at 100 nM. HeLa cells were transfected with SMARTpool TM reagents targeting Cyclophilin B (PPIB) or MAPKI at concentrations of 1, 5, 25, and 100 nM. mRNA expression (bars) was determined by branched DNA assay (Panomics Quantigene® Reagent System) and cell viability (data points) was determined by alamarBlue® (Biosource International). 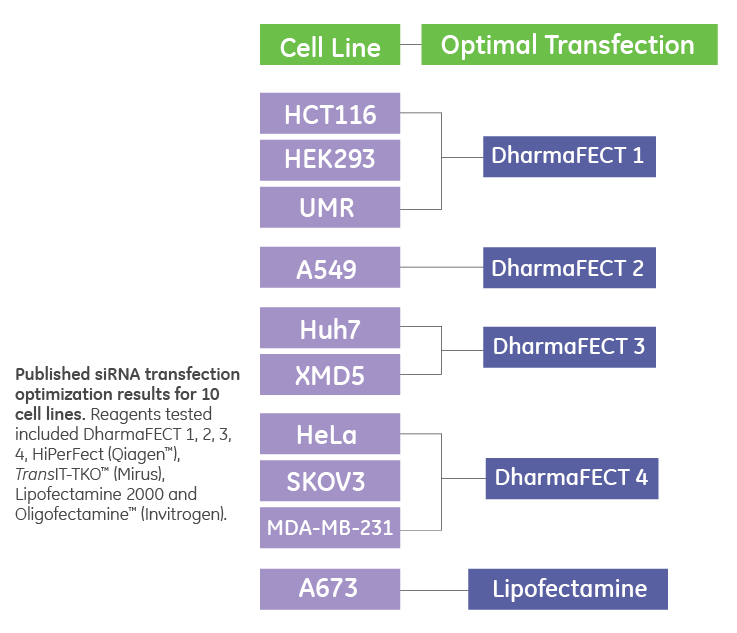