Overview of the kinase family

Kinases are a large family of enzymes with over 500 encoded in the human genome and all share a highly conserved kinase domain. Dependent on the substrate they act upon they can be broadly classified into 3 categories: protein kinases, carbohydrate kinases and lipid kinases. Due to the diverse roles that kinases play in the cell they are implicated in a number of diseases including cancer: 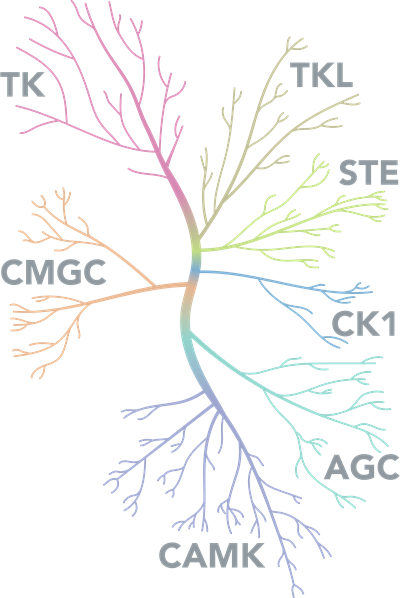 Find the relevant cell model for your kinase family research quickly and easily.

Simply search for your gene of interest to see the HAP1 knockout cell models available to order online.

Search for a gene