Redundancy is an inherent property of biological networks, and enables living systems to survive in response to genetic and environmental perturbations. Synthetic lethality occurs when the simultaneous disruption of two non-essential genes prohibits growth or results in death; this occurs even though the loss of either gene by itself may not cause a change in viability. The study of synthetic lethality plays a key role in identifying functional associations between genes. Synthetic lethality also occurs between genes and small molecules, and can be used to elucidate the mechanism of action of drugs. This area has recently attracted attention because of the prospect of a new generation of anti-cancer drugs.

The traditional method for identifying synthetically lethal interactions relied on mutant screens, typically in model organisms like Saccharomyces cerevisiae. With small genomes and rapid doubling times, these organisms were well-suited for the purpose. However, as researchers moved towards mammalian models, the efficiency of genomic perturbation became a major challenge. Horizon’s collection of cell lines with cancer-relevant mutations, combined with compound screens or loss-of-function screens with RNAi or CRISPR libraries, provide attractive model systems for performing synthetic lethal screens. 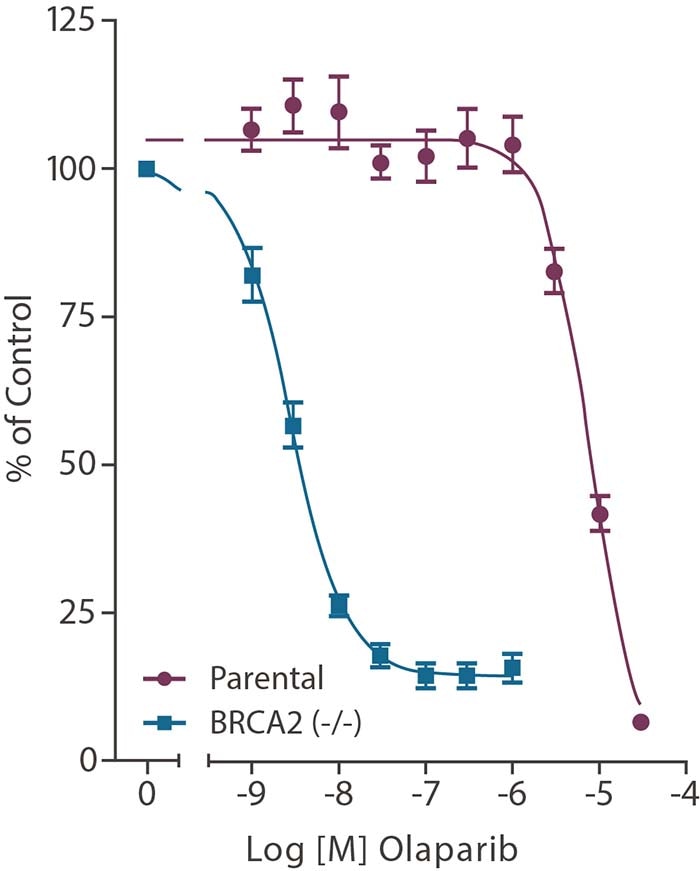 An example of synthetic lethality studies using knockout cell lines can be seen in figure 1, found in this application note. Briefly, a Human BRCA2(-/-) DLD-1 cell line was used as the basis for a small molecule screen and assessed for viability, with the goal of identifying compounds that inhibit a gene target that results in a lethal effect compared to DLD-1 BRCA2 (+/+) cells.

The tumor suppressor and DNA repair gene BRCA2 displayed synthetic lethality with another DNA repair enzyme, PARP. The use of isogenic pairs of cell line clones allowed the role of the BRCA2 mutation to be studied in isolation.

In figure 2, from a second application note, a selection of Horizon’s knockout cell lines were used to confirm involvement of particular DNA damage repair pathways in a compounds' mode of action and demonstrate opportunities for the exploitation of synthetic lethal interactions, using a 96 hour proliferation assay. 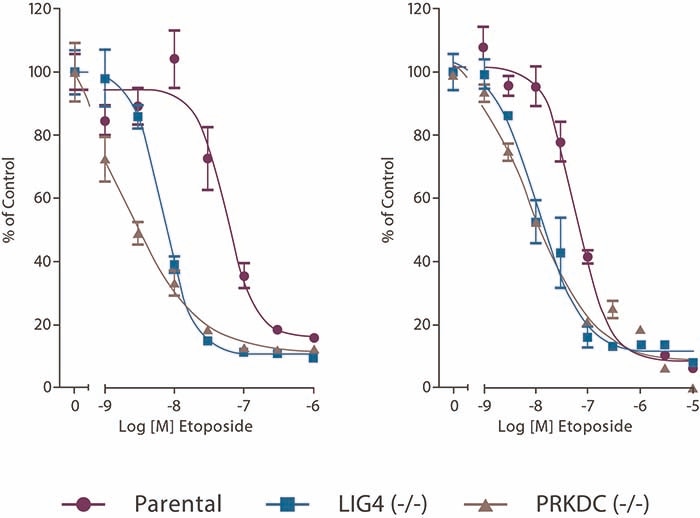 Tools to create your own edited cell line.