Guide RNAs program Cas9 nucleases to cut at a specific genomic location. The design of an effective guide RNA is critical to achieving efficient gene knockout.

All Edit-R predesigned guide RNA products are designed with a validated algorithm to maximize the likelihood of functional protein knockout, not just to create a double-strand break. By assessing phenotypes for thousands of designs, then validating our design rules in other assay systems, we have established standards for determining target sites that are more likely to achieve functional knockout with high specificity.

Synthetic and lentiviral guide RNAs can also be custom designed for additional species, alternative nucleases or any specific region within a gene using the CRISPR Design Tool. For those designing guide RNA which use Staph aureus Cas9 for cleavage, Horizon recommends NEB EnGen® Sau Cas9 for your nuclease.

Guide RNAs in the CRISPR-Cas9 system

In addition to expression of the Cas9 nuclease, the CRISPR-Cas9 system requires a specific RNA molecule to recruit and direct the nuclease activity to the region of interest. These guide RNAs take one of two forms:

Determining the most appropriate type of guide RNA for your experiment will depend on your particular application and cell type. Use this table to get started on selecting the right guide RNA format for your specific experimental conditions. 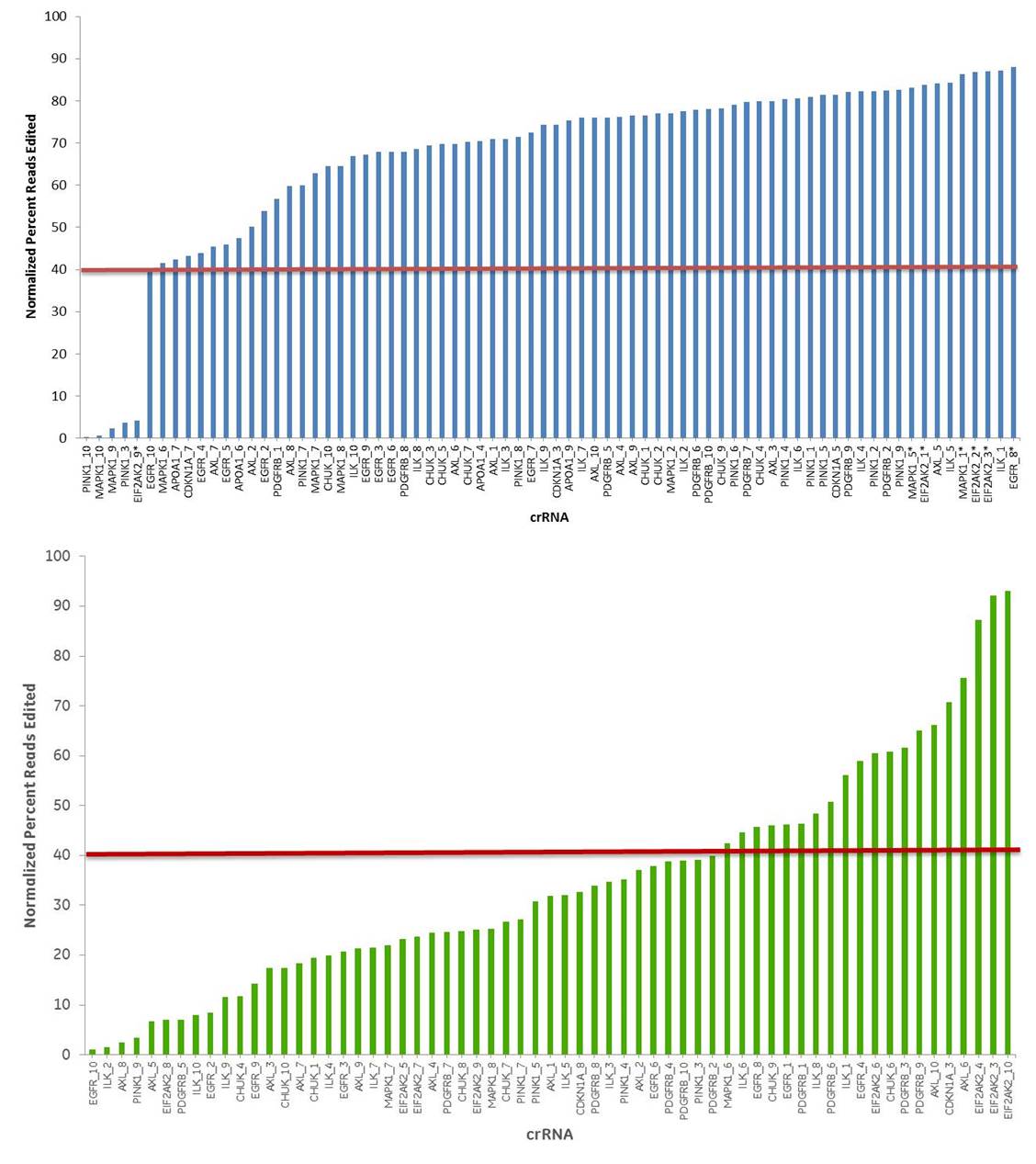 U2OS-Proteasome cells with integrated Cas9 (under CAG promoter) were plated in 96-well plates at 10,000 cells per well. 24h after plating, cells were transfected with 25 nM crRNA:tracrRNA using 0.2 µg/well of DharmaFECT4. Cell were analyzed for apoptosis 48 h after transfection using the ApoONE homogeneous assay (Promega). Shown is a box plot representation of the functionality of crRNAs targeting BCL2L1, PLK1 or WEE1 in ApoONE assay. To generate the box plot, the crRNAs were divided into bottom half (H1) and top half (h4) based on their functional score. The medians, distribution of data between the lower and upper quartile and the minimum and maximum values demonstrate that high-scoring crRNAs have increased functionality.

We guarantee that EVERY predesigned guide RNA will provide successful editing at the target site when delivered as described in the Edit-R technical manuals.