Arrayed library format permits single-well analysis with many phenotypic assays; including high-content assays and other morphological or reporter assays. 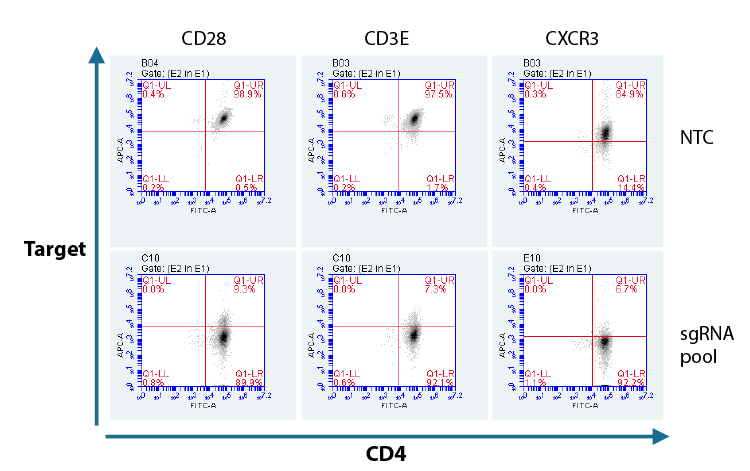 Primary human CD4+ T cells were nucleofected with Cas9 RNP using a pool of three Edit-R predesigned synthetic sgRNAs, or a Non-targeting control (NTC) via a Lonza 96-well Shuttle system. After 72 hours, functional knockout of CD28, CD3E, and CXCR3 were assessed as a percent of cells not expressing the target gene by FACS analysis. Cells were stained for CD4 as a positive expression control using an Alexa Fluor 488 conjugated antibody and compared to each targeted gene knockout CD28, CD3E, and CXCR3 using APC conjugated primary antibodies.

Functional knockout of FUS gene with a pool of synthetic sgRNA. 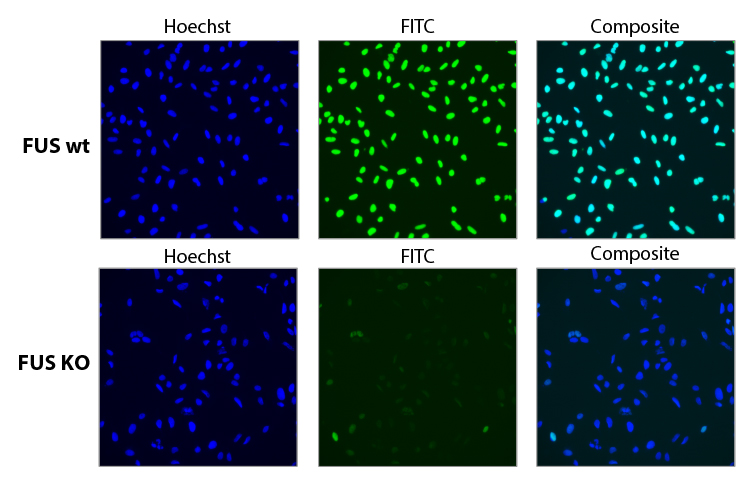 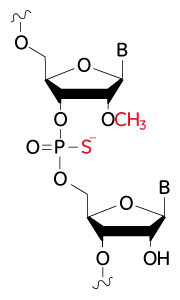 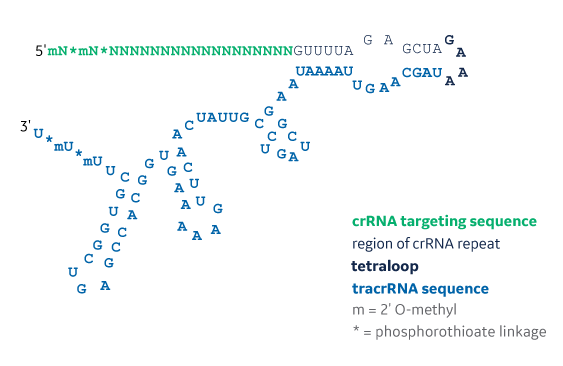