Owing to the increasing interest in coercing the body’s immune system to tackle different diseases, gaining a better understanding of how immune cells function, and how that function can be compromised or improved, is paramount. The advent of CRISPR technologies and the use of T cells in personalized medicine have greatly accelerated both the therapeutic value of and interest in modified T cells. Genetic screens are an incredibly valuable tool to find and validate novel biology, drug targets and mechanisms of drug resistance or sensitivity. However, successful screens in primary T cells have been limited to arrayed formats (e.g. Hultquist et al., 2016) and only very recently has a lentiviral approach been demonstrated (Shifrut et al. 2018).

Pooled screening has the advantage of reduced cost and increased potential scope and is a rapid and robust method for identifying potential new drug targets. Horizon scientists have recently successfully completed a pooled lentiviral CRISPR-Cas9 knockout screen in primary T cells. Following substantial development, our screening platform uses freshly isolated and stimulated primary T cells which are first transduced with a lentiviral sgRNA library ahead of the introduction of Cas9 mRNA. In our validation screen, we performed a drug-gene interaction analysis by exposing an edited pool of primary T cells to prolonged treatment with a sub-lethal dose of a specific small molecule inhibitor. We took multiple time points and used T cells isolated from multiple donors, allowing for the analysis of response kinetics and evaluation of donor-specific effects. To validate our platform, we monitored the rate of response of the T cells to a control set of sgRNAs and compared the performance of the primary T cell screen directly and side-by-side to a Jurkat cell line analysis.

Our screen was able to identify novel genes that are essential for the survival of primary T cells and genes that modulate the response of the T cells to the small molecule inhibitor treatment. Since the drug we treated the T cells with had a known mechanism of action, these hits directly supported the specificity, sensitivity and quality of our platform. 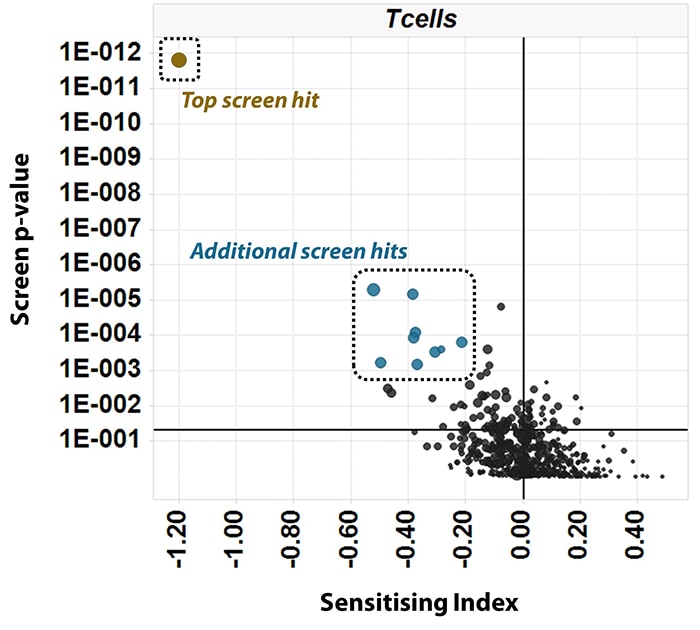 Figure 1: Gene sensitivity analysis showing essentiality of hits in the presence of a small molecule inhibitor.

Our successful application of pooled CRISPR screens in primary T cells opens the doors to significant scientific discovery in crucial areas of research, including immuno-oncology. This technology will enable researchers to greatly accelerate their studies in primary T cells and opens the possibilities for building increasingly complex screening paradigms applicable to human disease.

Learn how to get started with your next screening project today!