How to identify key genes with CRISPR-Cas9 and shRNA screens

The ability to modulate gene expression at genome scale has revolutionized functional genomics in mammalian cells.

The ability to modulate gene expression at genome scale has revolutionized functional genomics in mammalian cells. A highly effective method to determine gene function is to perform pooled lentiviral screens. Regardless of whether you are looking to knock out gene function using CRISPR-Cas9 and single guide RNAs (sgRNAs) or knock down gene expression using RNAi and short hairpin RNAs (shRNAs), lentiviral-based pooled screens can be used to interrogate hundreds or thousands of gene targets in parallel. These types of screens can answer a variety of questions including identifying genes that regulate cellular responses and signaling pathways or drug target identification. In comparison to arrayed screens that examine a single reagent at a time and require considerable automation and liquid handling, pooled screens do not require automation and therefore can be performed by many research labs. However, pooled library screening presents unique challenges that must be addressed to ensure experimental success.

During this webinar we will discuss considerations and nuances that can lead to success or failure of pooled lentiviral screens. We will present experimental data to highlight many variables that impact pooled screening including size of the pooled library and maintaining fold-representation throughout the experiment. We will also introduce tools that can make these experiments easier to perform and help ensure successful screening. To provide context for technology selection, we will present a comparison of data from two pooled screens, one using sgRNAs and the other using shRNAs. Both screens analyzed the role of kinases in cell viability.

In this webinar, you will learn: 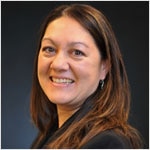 Anja Smith joined Dharmacon in 2005 and currently manages a team of R&D scientists with expertise in bioinformatics, chemistry, and molecular and cellular biology. Anja oversees projects focused on innovation and new product development in multiple research areas including RNA interference and CRISPR-Cas9 genome engineering. She received her Bachelor of Science degree in Biology at Yale University and her Ph.D. degree in Genetics at the University of Washington. Anja completed a postdoctoral fellowship at Memorial Sloan-Kettering Cancer Center.

How to measure viral titer - Video