The history and utility of the CHO cell line

In this podcast, Alan Dickson, Ph.D., Professor of Biology at the Manchester Institute of Biotechnology, University of Manchester talks about the evolution of the CHO Cell line from isolation to workhorse of the biomanufacturing industry, to gene edited knockout variants. An explanation is given why CHO cells have been so successful and how this success continues to be improved upon for manufacture of emerging therapeutics.

Professor Dickson discusses his group’s long trajectory in bioprocessing research, specifically the Chinese Hamster Ovary (CHO) cell line. Today CHO cells are the work horse for the development and manufacturing of biopharmaceutical products, but back in 1957 when Puck managed to isolate and keep in culture the first CHO-K1 cells, nobody could have anticipated this success. 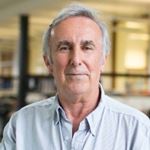 Alan Dickson, Ph.D.
Professor of Biology at the Manchester Institute of Biotechnology

Professor Dickson is a molecular cell biologist who considers cells as factories that manufacture life-changing medicines, including protein-based biopharmaceuticals, viral vectors and modified cells. Working with industrial and academic collaborators, key advances have been developed by Dickson towards the understanding of how apoptosis, QC mechanisms and genome localization of recombinant genes can influence the efficiency of CHO cell systems. His laboratory use an application of ‘omics approaches to provide molecular profiling of CHO cells and how such information could be used to direct cell engineering towards improved manufacturing processes. Professor Dickson has been recognized with the Peter Dunnill award in 2017. In addition to his research, Alan teaches at Undergraduate and Postgraduate level and has held several senior administrative roles at the University of Manchester.