The role of caspases in apoptosis

Capases are members of the family of cysteine proteases, and are involved in the process of programmed cell death known as apoptosis

These proteins are highly regulated and under steady-state conditions caspases are present as inactive monomeric proenzymes, activation is triggered by dimerization and often proteolytic processing at defined sites.

Initiator caspases activate executioner caspases which are involved in the coordinated destruction of key cellular structures. 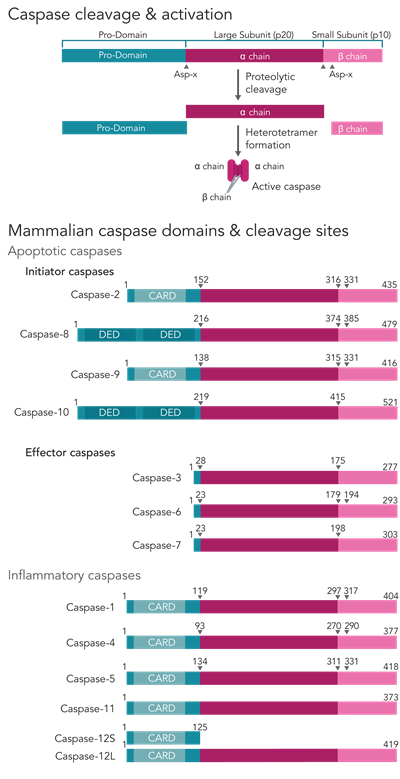 In addition to their role in apoptosis, caspases 1, 4, 5 and 12 in humans also function in innate immune responses.

Caspase activity has been implicated in human disease both through defective activation and inadequate cell death in cancer and excessive activation in neurodegenerative diseases.