Parkinson's Disease (PD) is a complex neurodegenerative disorder that affects nearly 1 in every 500 people and can be either idiopathic, acquired or hereditary.

Genetic research has identified six distinct chromosomal regions containing genes with mutations that conclusively cause monogenic PD, where a mutation in a single gene is sufficient to cause the phenotype. 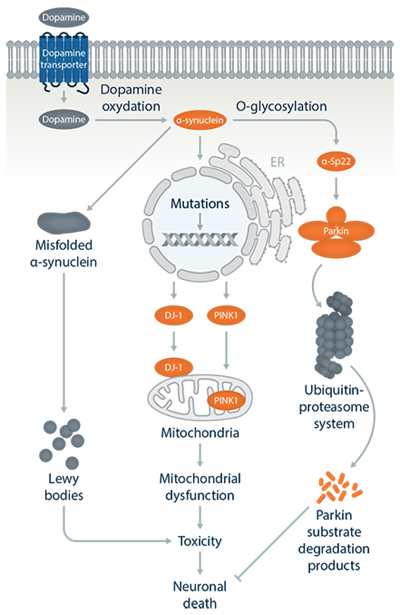 In addition to these, several genes may be new targets for treatment by either turning on (TOMM7 and HSPA1L) or off (BAG4) gene activity.