Glycerol stocks of shRNA containing control vectors are shipped as bacterial cultures of E. coli in LB (low salt) broth with 8% glycerol, carbenicillin (100 µg/mL) and zeocin (25 µg/mL). We check all cultures for growth prior to shipment. 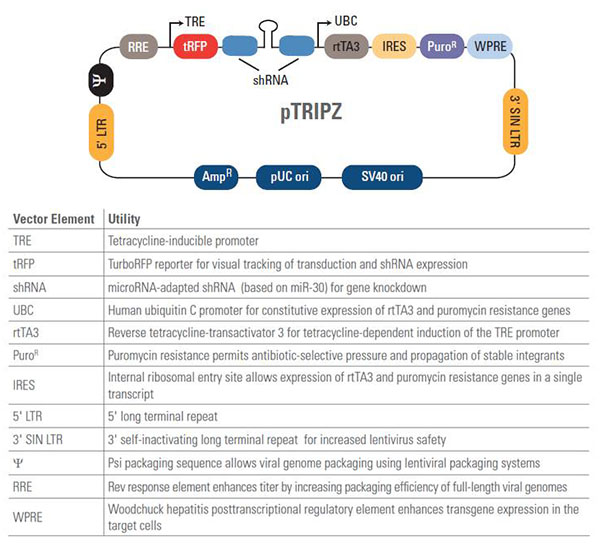