The ubiquitination pathway has been implicated in a number of genetic disorders and diseases including cancer and neurological diseases which result from the build-up of protein aggregates such as; Alzheimer’s disease, Parkinson’s disease and Huntingdon’s disease. This collection has been generated in close collaboration with Prof. Steve Jackson (Gurdon Institute, Cambridge, United Kingdom). 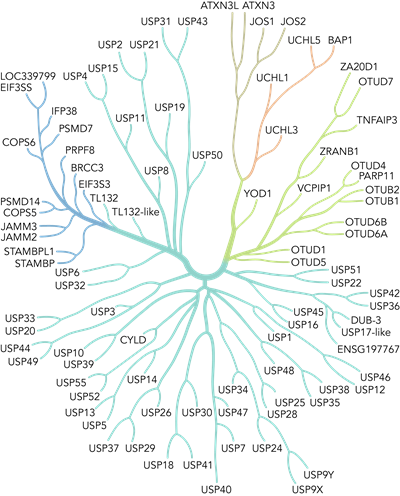 Deubiquitination of FANCD2 by USP1 is impacted in a USP1 knockout cell lines.

They were analyzed by SDS-PAGE and Western blotting using anti-FANCD2 (sc-20022 from Santa Cruz). HAP1 wild-type cells were compared to cells bearing a frameshift mutation in USP1. 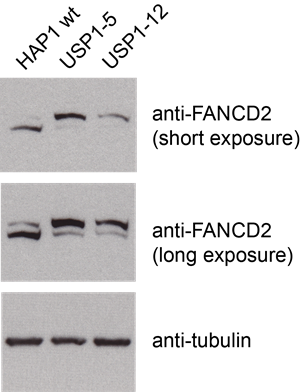