siRNA is widely used to induce short-term silencing of protein coding genes in cultured cells. However, its delivery has traditionally involved using lipid-based transfection reagents, viral vectors, or instrumentation, which can be toxic to many difficult-to-transfect cell types. Accell siRNA overcomes the inherent limitations of conventional siRNA delivery by using a novel passive-entry mechanism for siRNA delivery.

This provides guaranteed gene silencing in any cell type, including primary immune cells, where Accell siRNA is driving novel discovery:

A study using Accell siRNA to analyze the function of PP1α in primary human T cells indicated a critical role for PP1α in cytokine synthesis, suggesting it to be an important therapeutic target for various forms of chronic inflammatory disease.1

Where Accell siRNA was used for silencing Ctr9 in murine Th17 differentiated cells, it was revealed that Ctr9 functions as a negative regulator of Th17-driven inflammation in anti-glomerular basement membrane glomerulonephritis, a severe autoimmune disorder.2

In a comparison of siRNA transfection methods for primary human macrophages, Accell siRNA silencing of Bax was shown to protect against cell death following treatment with Resveratrol, a drug that exerts its effects by upregulating Bax expression.3

Accell siRNA has been proven to yield high transfection rates without compromising the viability of primary human mast cells derived from human skin, a cell type that is notoriously resistant to gene manipulation.4

Other advantages of Accell

As well as enabling gene silencing in difficult-to-transfect cell types such as primary immune cells, Accell siRNA offers several further advantages. These include its suitability for use in vivo, which is due to its lack of cytotoxicity, stabilizing modification pattern, and its capacity to provide extended-duration knockdown by re-application.

Unlike traditional siRNA, where gene silencing effects typically last for just 4-6 days, Accell siRNA has been shown to provide gene silencing for up to 30 days when reapplied. This makes Accell siRNA ideal for analyzing proteins that exhibit a longer half-life or assays which require extended monitoring periods. 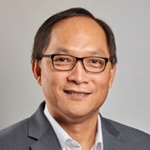 Christian earned his Ph.D. in Biological Sciences from Florida Tech.

Want to get started with Dharmacon Accell siRNA?

Want to learn more about RNAi in primary cells?

And as usual, if you have any questions at all, feel free to contact our team for scientific support anytime.