CRISPRi dCas9-SALL1-SDS3 lentiviral particles express a human codon-optimized version of the nuclease-deactivated Cas9 gene, fused to proprietary transcriptional repressors (SALL1 and SDS3). When paired with a well-designed guide RNA that targets a gene near the native transcription start site, expression is repressed.

Review our CRISPRi applications page to get an overview of the technology!

The activity of any given promoter controlling the transcription of dCas9-SALL1-SDS3 can differ greatly from one biological context to another, resulting in variable dCas9-SALL1-SDS3 expression levels and thus varying levels of gene repression. Choosing an optimal promoter for your cell line will be important for robust gene overexpression. 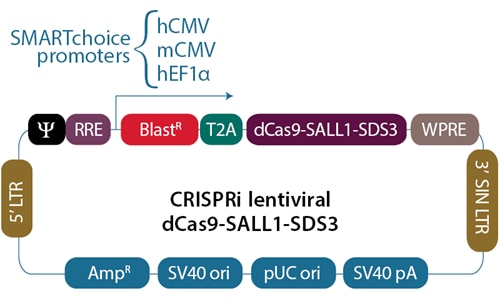 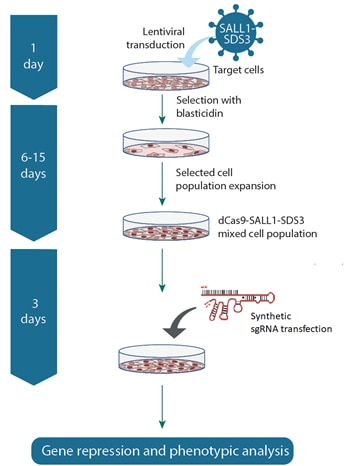 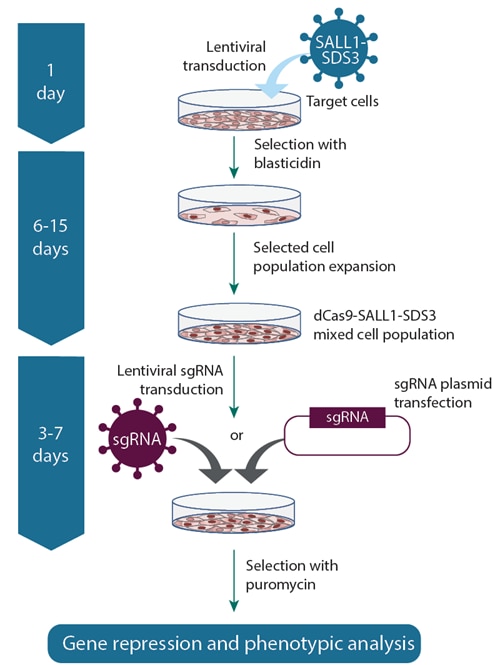 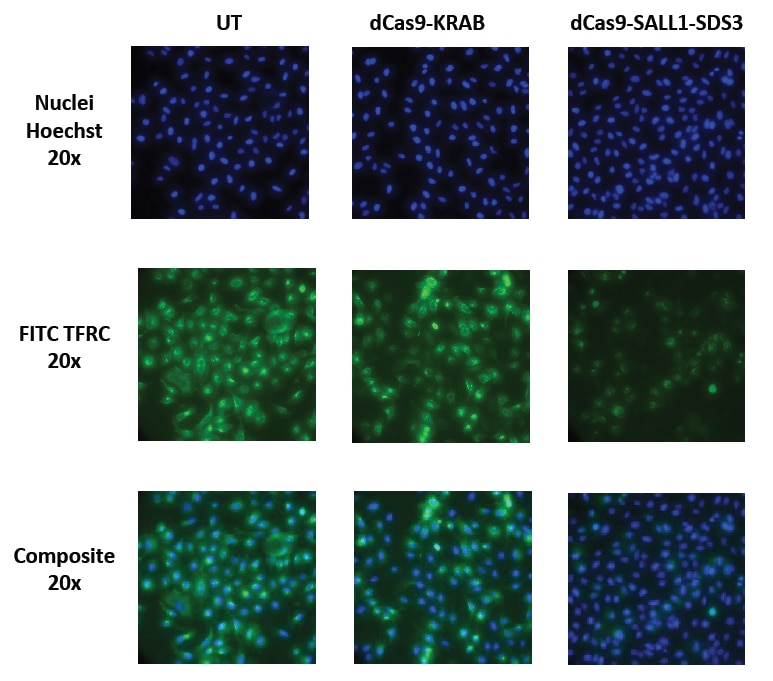 CRISPRi synthetic sgRNAs achieve maximal repression at 48-72 hours post-transfection in both dCas9-KRAB and dCas9-SALL1-SDS3-expressing cells. U2OS cells stably expressing integrated dCas9-KRAB or dCas9-SALL1-SDS3 were plated at 10,000 cells/well and transfected using DharmaFECT 4 Transfection Reagent with pools of CRISPRi synthetic sgRNA (25nM) targeting CBX1, HBP1, or SEL1L. Cells were harvested at 24, 48, 72, 96, 120, and 144 hours post-transfection, total RNA was isolated, and relative gene expression was measured using RT-qPCR. The relative expression of each target gene was calculated with the Cq method using GAPDH as the housekeeping gene and normalized to a non-targeting control (NTC).