Perturbations in monocyte to macrophage differentiation are implicated in a host of human diseases, but our knowledge of what regulates these processes is thin on the ground. A recent paper by Gisela Jimenez-Duran and colleagues highlights how a whole genome CRISPR knockout screen, carried out by Horizon Discovery, has enabled identification of a pre-existing inhibitor that can regulate pro-inflammatory macrophages.

Why did the authors want to run a CRISPR knockout screen?

CD14 is a cell surface marker and a co-receptor for bacterial lipopolysaccharide (LPS) that increases pro-inflammatory signaling in both monocytes and macrophages. These cells go through complex differentiation stages as they are recruited into tissues as part of an immune response. Jimenez-Duran and colleagues wanted to identify regulators of macrophage differentiation and chose CD14 expression as the endpoint to a whole genome CRISPR knockout screen in the monocytic leukemia cell line THP-1.

How did Horizon help?

The whole genome screen carried out by scientists at Horizon Discovery used an all-in-one vector library with six guides per gene and representation per guide was maintained at 300 cells or more. After transduction with lentivirus, the cells were selected in puromycin for 11 days to allow editing to take place before removal of the antibiotic and bulking the cells for 7 days ahead of running the endpoint phenotypic assay. Treatment of THP-1 cells with phorbol myristate acetate (PMA) for 48 hours results in increased CD14 expression and differentiation of THP-1 cells to a monocyte-derived-macrophage (MDM)-like cell. Comparison of these cells with DMSO treated control THP-1 cells provides a window for flow cytometry sorting of cells into CD14 negative and CD14 positive populations at the end of the CRISPR screen ahead of NGS to identify which guides are increased or decreased in these populations.

Did the screen work?

Comparison of NGS datasets generated from the screen identified a number of known and novel gene targets that when knocked out either increased or decreased CD14 expression. Evidence that this screen had worked included CD14 being identified as one of the hits in the PMA treated cells that decreased CD14, as would be anticipated, along with other genes known to impact CD14 expression and function.

What did the authors do with the hit list?

To rapidly progress any promising targets towards clinical utility, the authors chose to validate some of the potential target genes and their encoded proteins and the pathways impacted by them using available small molecules, an approach that Horizon has used in its own internal screens (see article: Cell panel screens play nicely with CRISPR screens). After treatment of THP-1 cells with PMA, expression of matrix metalloproteinase 9 (MMP9) and CD14, as well as cell viability, were used as endpoints this time. The authors identified an inhibitor of protein kinase C delta (PRKCD), which increased CD14 expression in PMA treated cells and showed a similar, but non-significant trend in DMSO treated, undifferentiated THP-1 cells. They also identified two inhibitors, one that targets mitogen activated protein kinase 3 (MAP2K3), one of the gene hits in the screen, and one that targets eukaryotic translation initiation factor 2 alpha kinase 3 (EIF2AK3), which decreased CD14 expression after PMA treatment.

Did these findings translate in primary macrophages?

To further validate these findings, the authors switched from the macrophage model THP-1 cell line to primary human macrophages. In primary macrophages, the MAP2K3 inhibitor reduced expression of CD14 and returned the macrophages to a more monocyte-like state and had a significant effect on the expression of another macrophage marker, CD16, without affecting cell viability. By contrast, the PRKCD inhibitor had little impact on the differentiation status of these macrophages. The impact of these inhibitors on inflammatory signaling of the macrophages was tested further by exposing the macrophages to LPS and measuring production of pro-inflammatory cytokines, such as interleukin 6 (IL-6), IL-1β and tumor necrosis factor alpha (TNFα). The MAP2K3 inhibitor, but not the PRKCD inhibitor, significantly reduced the production of these cytokines, in line with its effect on CD14 expression.

What did the authors conclude?

By running a whole genome CRISPR screen in the THP-1 cell line and using small molecules to rapidly identify actionable hits, Gisela Jimenez-Duran and colleagues identified a MAP2K3 inhibitor that can disrupt primary human macrophage differentiation and thereby limit CD14 dependent inflammation. This finding is timely, the authors report, as the secreted form of CD14 released from inflammatory cells is increased in patients with severe COVID-19 and backs up suggestions that CD14 could be a target for the treatment of "cytokine storm" which is evident in some patients with COVID-19. 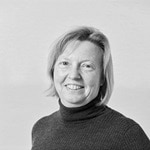 Read the full open access publication in EBioMedicine by The Lancet