One key modification is histone acetylation of the N-terminal tail and this is regulated by histone acetyl transferases (HATs) and histone deacetylases (HDACs). Acetylation is a type of epigenetic marker of chromatin and results in the condensed chromatin “relaxing” and in this state it is known as euchromatin, this allows greater access to the DNA for proteins such as transcription factors and results in greater levels of gene transcription.

HDACs are enzymes which reverse the acetylation of histones, resulting in tightening of the chromatin (heterochromatin) and decreases in gene transcription. Imbalance of histone acetylation is a common aspect of many disorders and HDAC inhibitors are of interest for treatment of cancers, neurodegenerative diseases and metabolic disorders. 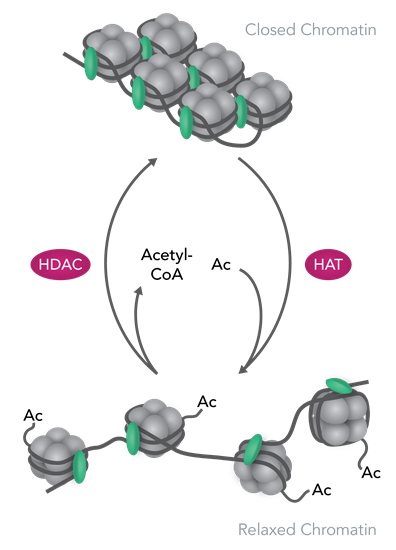 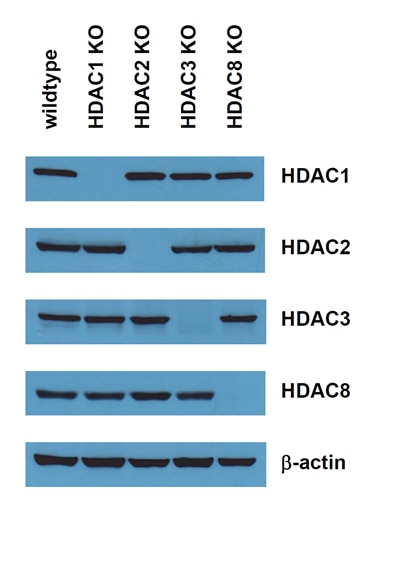