While CRISPR-Cas9 is a highly effective tool for interrogating gene function, not all guide RNAs are effective in attaining functional protein knockout. To address this problem, Horizon developed an algorithm that is trained to select guides that give the highest likelihood of generating a functional gene knockout, not just creating an insertion or deletion. 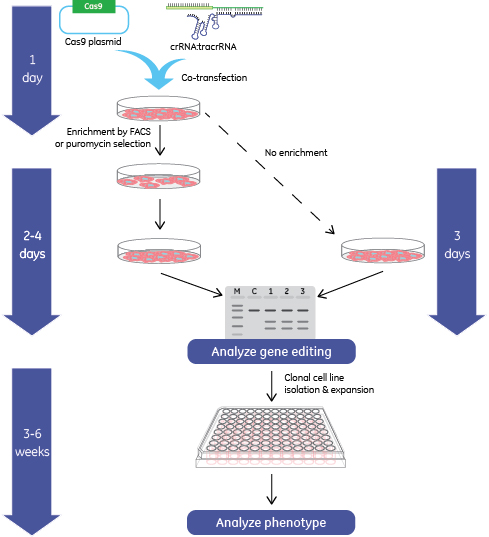 U2OS-Proteasome cells with integrated Cas9 (under CAG promoter) were plated in 96-well plates at 10,000 cells per well. 24 hours after plating, cells were transfected with 25 nM crRNA:tracrRNA using 0.2 µg/well of DharmaFECT4. Cell were analyzed for apoptosis 48 hours after transfection using the ApoONE homogeneous assay (Promega). For the box plot, the crRNAs were divided into bottom half (H1) and top half (H2) based on their Edit-R algorithm functional score (110 total data points represented). The medians, distribution of data between the lower and upper halves and the minimum and maximum values demonstrate that high-scoring crRNAs have increased functionality. 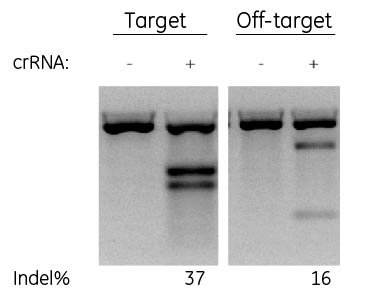