Advancing cell therapy through the application of base editing

Would you like the opportunity to license a novel pathway in the development of cell and gene therapeutic programs?

Horizon’s Pin-point™ base editing system offers the specificity of base editing combined with the potential for multiplex gene editing capabilities, making it a very attractive technology for both cell and gene therapies.

Advantages of base editing 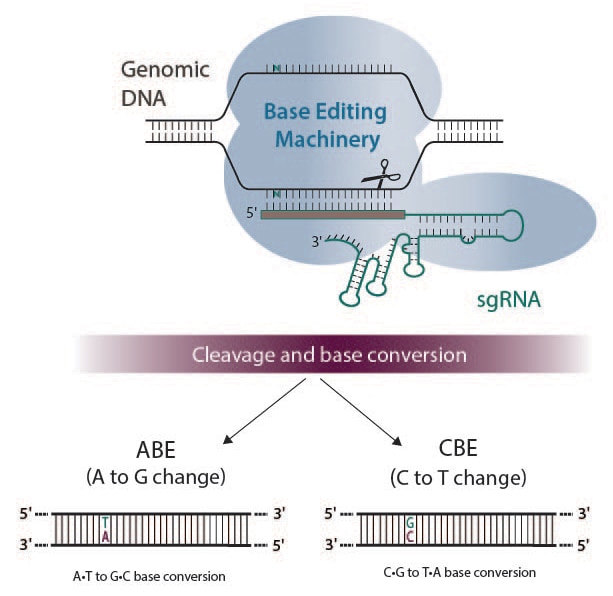 Base editing promises the capacity for precise gene modifications, which could have a substantial impact on the development of therapeutics to treat rare disease and on the next generation of cell-based therapies. For some cell therapies to be successful, such as the use of chimeric antigen receptor (CAR) T cells in the treatment of solid tumors, multiple gene engineering events will be required.

To date, substantial improvements to the efficacy of CAR-T cells have come from altering the design of the CAR resulting in the improved activation of the T cell. But for the solid tumor microenvironment, additional genetic changes to the T cell will be required, such as modulating genes that regulate survival and persistence in a hostile environment and reducing the onset of exhaustion. Compared with currently-available gene editing methodologies, such as CRISPR–Cas9, which creates a double strand break in order to edit the DNA potentially leading to unintended off-target effects, base editing is a more precise gene engineering technology that relies on ‘nicking’ one DNA strand to effect change in the DNA sequence.

Horizon is open to discussing licensing options for therapeutic use with interested partners.

Please read our blog to learn more about base editing technology and relevant peer reviewed publications.